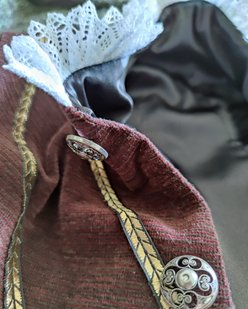 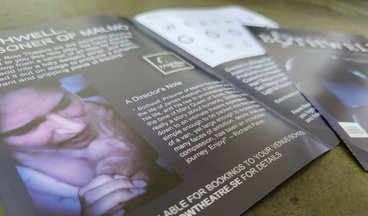 thanks all who came to see Christmas Carol and wishes you a very happy New Year!

We are taking bookings for Bothwell, Prisoner of Malmö in the summer!

Book a performance by writing to us on info@frontrowtheatre.se

FRONT ROW THEATRE CONTINUES TO PRODUCE. WE STARTED WITH "THE BOOR"; WE HAVE PRODUCED SEVERAL FINE RUNS OF "A CHRISTMAS CAROL"; PUSHED THE ENVELOPE WITH "IPHIGENIA AT OLYMPUS"; AND WE HAVE NOW PRODUCED "BOTHWELL, PRISONER OF MALMÖ", ALL THE WAY FROM CONCEPT TO STAGE! 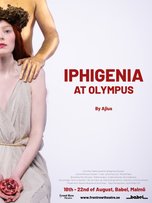 Front Row Theatre, exists to bring high end performance art, in English, to southern Sweden, in both public and educational environments. We like to bring talented people together to create great theatre!

We understand the importance of a dynamic and visually intriguing performance. Use of the full depth and breadth of an acting area is central to our visual philosophy, creating visceral experience to compliment dialogue in a potentially second language setting.

Not afraid to challenge some of society’s norms, our plays have been characterised by reflections on status within the complex realms of class, gender and age. Power dynamics are often underlying themes in our work.

Cornerstones of our success is the belief that theatre should be accessible to everyone and a demand for high standards.

MORE ABOUT WHAT WE'RE DOING

Bothwell, Prisoner of Malmö is the brainchild of author Torquil MacLeod. In collaboration with Susan MacLeod and Fraser James MacLeod a newly written play has been produced and introduced to the world, charting the man's extraordinary life in 16th century northern Europe!

Fraser James MacLeod seeks to share some of the wonderful oral tradition of Scotland, which he picked up from his grandfather.

Front Row Theatre aspired to something different in 2021 with their rendering of Ajius' Iphigenia at Olympus. It was big, it was bold and left audiences reeling!

Front Row Theatre had its very first performance in September 2019 with two shows of The Boor at Karavan in Malmö!

This year, we were fortunate enough to perform "A Christmas Carol" at Rikteaterns Scenkonstdag in Hässleholm and spread the word about Front Row Theatre.

THE ADVENTURES OF HARRY POTTER (2020)

The magical world of Hogwarts, Hagrid and He Who Should Not Be Named has inspired a generation. Brought to you here in readings by Front Row Theatre.

Up to now, Front Row's productions have centred around messages of hope, but tragedy can provide its own lessons.

So much of Bothwell's story revolves around his love for Mary. It's essential that the audience can see that. Here is a rehearsal shot of our actors Rebecca Tenor and Fraser James MacLeod connecting as Mary and Bothwell.

Fraser James MacLeod brought so many characters to life in this age old classic.

On Bothwell, Prisoner of Malmö, we were lucky enough to have the amazing Fredrika Lilius make our authentic 16th century costumes from scratch!

The one-man show adaptation of A Christmas Carol ended up being filmed and beamed out to the world!

So much of the joy in theatre comes from the dynamic of the actors as they play opposite one another. The result is electric! Here is a rehearsal shot with Inna Syzonenko and Fraser James MacLeod.

We had a lot of fun putting the trailer together for this one.

Front Row Theatre returned with The Boor in 2020, despite the pandemic. We had Lesley as a new cast member, but still all the old panache!

Bothwell's story, one of intrigue, love and treachury, is patiently listened to by Ylva, his jailor's daughter. Tell help the storytelling flow, she has to jump in and out of many different characters!

"I LOVE IT WHEN YOU GO TO SEE SOMETHING, AND YOU ENTER AS AN INDIVIDUAL, AND YOU LEAVE AS A GROUP. BECAUSE YOU'VE ALL BEEN BOUND TOGETHER BY THE SAME EXPERIENCE." - TOM HIDDLESTON

As well as offering high-end theatrical experiences to all sorts of venues around Skåne, our artistic director Fraser James MacLeod works with voice-over, film, television and modelling. 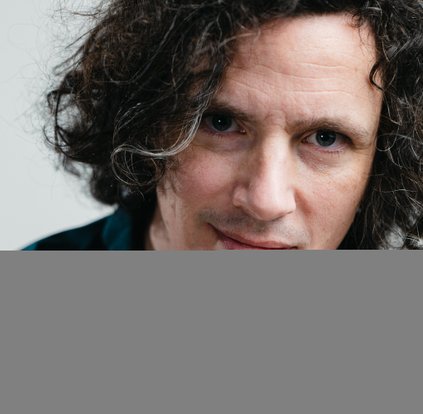 Recent outings have seen Fraser act in a one-man A Christmas Carol by Charles Dickens, new play Bothwell, written by himself, Iphigenia at Olympus by Ajius, and a role in Lasse Hallström's new film Hilma. He has directed Anton Chekhov's The Boor, Ira Levin's Deathtrap and Anthony Shaffer's Sleuth, as well as make star turns in The Pavilion by Craig Wright and Eric Bogosian's Suburbia, directed by Kasper Sejersen.

Fraser developed an interest in theatre early on in life, studying the theories of the art both at school and university as well as throwing himself into the emotionally challenging world of acting itself.

However, it wasn’t really until a reflective period post-thirty that Fraser truly started to develop himself as an all-round practitioner. A more relaxed attitude to acting, coupled with a little more life-experience, helped unlock more expressive and polished performances.

Rubbing shoulders with educated and experienced actors and directors began to have a lot of positive influence on Fraser and also helped him identify his own style. Fraser has since built Front Row Theatre, played leading roles on stage, experienced treading the boards at the Malmö Opera and increased his in front of camera portfolio both artistically and commercially. He is also a fully trained drama pedagogue and he has built experience as an acting coach.

The Actor and Director

Front Row Theatre is very grateful for all the assistance from:

Icon made by Freepik from www.flaticon.com

And we're also extremely pleased to have cooperated with: