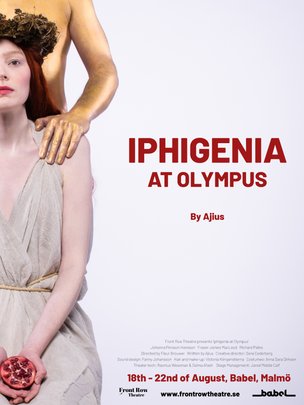 And Marc Veldhuizen on Marketing

To win the Trojan War and to appease the gods of Olympus King Agamemnon sacrifices his first-born daughter: Iphigenia. Iphigenia at Olympus tells us the story of what happens to Iphigenia after she is sacrificed and called to Mount Olympus. She enters Deus’ palace and is convinced to trust him to go through three tests to become a goddess herself.

Iphigenia at Olympus also tells us the story of a loss of innocence. Iphigenia embodies us, humanity, and our willingness to trust men in power; always hoping and believing that they have the best in mind for us. Iphigenia will lead you through some of the darkest sides of humanity: deceit, revenge, anger, corruption, megalomania, sexual abuse and finally: murder.

Iphigenia at Olympus is a fast-paced tragedy confronting us with our own gullibility, our desire for power and the corruption that comes with gaining this. 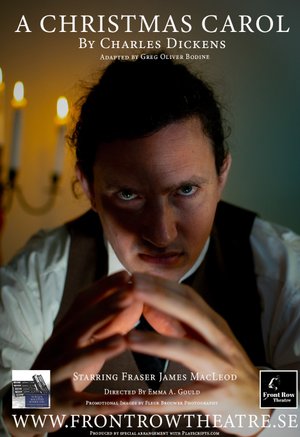 Charles Dickens' 1867 Swedish Reading Tour is off to a rough start. Due to an inexplicable loss of his luggage, he regretfully announces that he will be unable to read from his beloved classic, A Christmas Carol. All is not lost however; Dickens delivers what he promised by performing from memory the magical story of Ebenezer Scrooge's journey from miserliness to redemption with warmth and humour. This one-man play is based on the condensed version Dickens himself used on his historic reading tours of the United States. 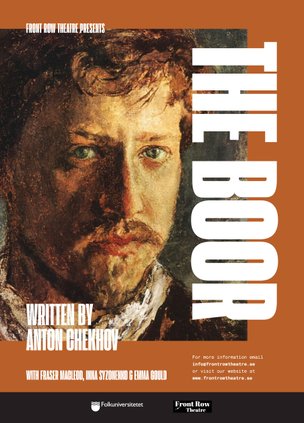 She was a sensitive widow, mourning her deceased husband and he was a bullish, brutish man who would disturb her sorrow… and all because of a little money!

Enjoy watching the sparks fly in this comic cat-and-mouse masterpiece by Russia’s foremost playwright. Challenging prejudice and stereotype, The Boor produces an illustration of timeless themes with potent intensity and humour in equal measure.

Front Row Theatre is very grateful for all the assistance from:

Icon made by Freepik from www.flaticon.com

And we're also extremely pleased to be cooperating with: